More great strategies from La Maestra! Whenever Annabelle uses the word ‘tetapi’ (but), all the students say ‘but’ in English. Great idea! For the word ‘buat’ (make/do), Annabelle moves her hands as if she is making a ball out of dough. I liked this gesture!

Annabelle also used the ‘chocolate’ brain break, which can easily be converted to Indonesian. (See my suka, suka blog post) But Annabelle uses fist pumps instead of claps.

Although I did not see the story that Annabelle presented to her class, she told us that on the first day with them, she asked for details, then on the next day she asked the students what the details were and typed the story in front of them, conveniently forgetting the details 😉

Another brain break! Annabelle asked them to stand up and they played a quick game of ‘Budi Berkata’ (Simon Says). She got them to do actions very quickly, and then suddenly said ‘Sit Down!’ Lots of them got out!! Very sneaky, Annabelle!

Another brain break – Annabelle shook each hand, each foot while counting to 8 each time. (Students copied). She then did the same thing while counting to 4, then 2, then said “rrrrrrrt” and everyone sat down. They breathed in and out a couple of times. Annabelle said “I’m waiting for 100%”

(The Spanish gesture for ‘vendio’ (sold) was similar to the Fortnite fanning out dollar signs, I thought it was cool, ignore this if not needed!

Sometimes Annabelle did the unicorn high 5. That is a weird unicorn noise plus touching of horns!

Annabelle played a cool game of Kahoot that did not require iPads. She gave out coloured red, yellow, green and blue cards. Instead of pressing that colour on the iPad, they held up each card. 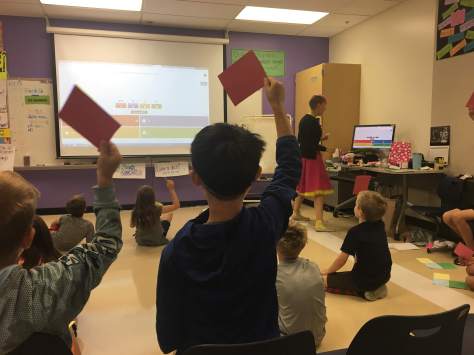 Brain break – Students stand in a circle and Annabelle asks them to clap together, slowly, then get really fast. When they get fast, Annabelle goes into the middle of the circle and blows bubbles with her bubble wand! Genius!

Annabelle also played a game called ‘La Rana’ (The Frog). Students stand in a circle and close their eyes. La Maestra picks one student and obviously no-one knows who it is. Annabelle tells them to open their eyes and then they walk around the room in silence. (I do not know how this game progresses, if anyone knows, please tell me!!)

She also played “Zip Zap Zoom”.  They pointed their hands together at a person and said “zip” to another person who says “zap”. (Help needed here too!)

She also played a great version of Rock, Paper, Scissors where players pair up and the loser of each game gets behind the winner (making a snake) and then the ‘snake’ goes to another snake to play with the winner. You should end up with two big snakes. The body of the snake chants the winners name (to keep them engaged and involved).

Annabelle told her class, “If you are not speaking Spanish I will probably not call on you and that is totally OK”. (I really need to say this to my students!!) 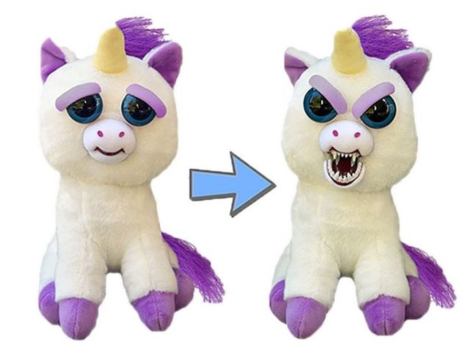 She used this great ‘feisty pet’ prop. The characters in the game are the bad unicorn, Juan the good monster, the police person and the innocents (or maybe victims). Their is a great explanation of this game on Erica Peplinski‘s site, but I will try to explain anyway, as I personally found this game quite confusing and I think the more explanations the better! It was a little complicated but very, very cool game!! 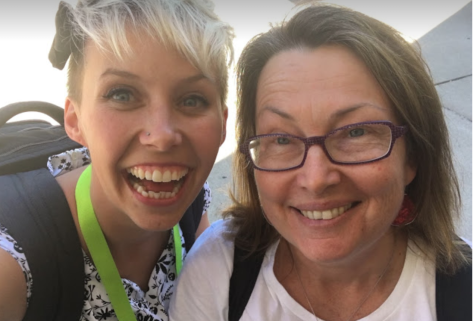